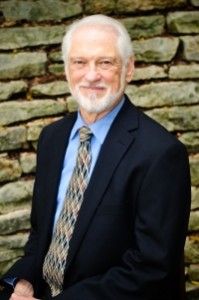 Wayne has practiced law in Austin for more than 40 years, assisting individuals and businesses in such areas as commercial real estate and development, estate planning and probate, taxation, accounting and financial planning, farming and ranching, physician practice, retail, and oil and gas.

He began his career as an accountant with Price Waterhouse & Co. in New Orleans. After a tour of military duty in Vietnam, he studied law at The University of Texas at Austin. He joined Hilgers, Daugherty, Fielder, Golden, & Kuperman as a law clerk while still in law school and later became an associate of the firm.

He and a fellow associate formed Reischman & Langham in Austin and worked together for four years. He left to become vice president, general counsel and controller for a cousin’s petroleum business in Houston. Drawn back to Austin after a year, he returned to the practice of law as a sole practitioner.

In 1994, he accepted the challenge of restoring the nonprofit Austin Recovery treatment center back to financial health. As executive director, he helped rebuild relationships with the Texas Commission on Alcoholism and Drug Abuse and local nonprofit funders, installed auditing and personnel procedures, and oversaw the appointment of a Board of Directors responsible to the community.

In 1995, he resumed his solo law practice, attracting clients through high quality work and extensive referrals. In 2010 he merged with Hilgers & Ugarte, headed by longtime Austin attorney William B. Hilgers. The merger provided an opportune time to hire Laura away from the Texas Senate Research Center.

Over the next five years the firm evolved to its present state. In 2015 Wayne and Laura formally became Langham Partners.

Not certified by the Texas Board of Legal Specialization